Treatment of a Unilateral Class II

Treatment of a Unilateral Class II

Abstract: Unilateral class II malocclusion is a treatment challenge. Several treatment approaches have been recommended; each with particular limitations. Fixed functional appliances are quite popular because of invisibility, minimal interference with speech, and not relying on patient cooperation. This article describes a clinical case treated satisfactorily using unilateral Sabbagh Universal Spring.

Treatment planning, correction and retention of unilateral class II problems are among the most challenging situations in clinical orthodontics.

The major difficulty encountering these patients arises from the fact that a proper diagnosis is not always unproblematic.1 Three-dimensional (3D) models are shown to be very helpful in detection of the problem. In otherwise skeletally normal and symmetric patients, early loss of maxillary deciduous teeth and space loss is a probable cause leading to class II malocclusion.2,3 This could be as well contributed to unilateral class II.

Many treatment options are available for regaining this space in a unilateral class II case including unilateral extraction, unilateral use of class II elastics and use of an asymmetric head gear or distal movement of teeth using pendulum magnets

or implant anchorage.4-7 Each of which require varying levels of patient cooperation and biomechanical complexity; not to mention side effects such as midline shift, risk of producing canting in frontal view and finally asymmetric smile.8,9 In addition, in recent orthodontics non-extraction treatments and non-compliance therapies have become more popular in correction of class II malocclusion.

This article describes unilateral class II correction and space opening in a patient in whom extra/ intra oral characteristics indicated a non-extraction approach.

The patient was a 15-year-old boy with class II subdivision on the left side. Overjet and overbite were 2 mm and 20% respectively; in left canine area overbite was increased due to lower left canine super eruption. The facial photographs showed a normal profile with obtuse to straight nasolabial angle and moderate chin length. The pretreatment intraoral photographs and dental casts revealed a class II subdivision and a blocked out upper lateral incisor on left. In closer examination upper midline was slightly deviated to the right (Figures 1 a-h).

In radiographic examination all permanent teeth were present and erupted except for the third molars. Lateral cephalogram analysis revealed a skeletal class I patient with normal upper and lower incisal inclination (Figure 1i and j).

In view of the aforementioned findings a single-phase non-extraction treatment was designed in which SUS 2 appliance would be placed on the left side adjusted to produce dental effect in order to correct the class II molar relationship and regain the space. 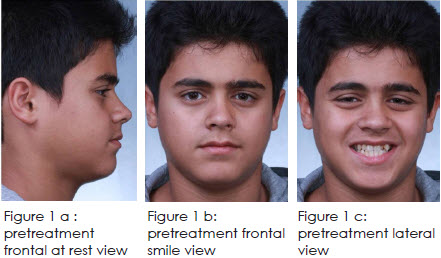 Treatment objectives for this patient were as following:

۲- To maintain the midline, overjet, and over bite

۴- To obtain a 3-dimensionally symmetric upper and lower arch

All teeth were bonded except for upper left lateral and canine. Archwires were used sequentially up to 0.19 x 0.25 stainless steel meanwhile a sleeve was placed over the wire in upper left canine region in order to inhibit buccal mucosa irritation. At this level a Sabbagh Universal Spring (SUS2, Dentaurum Group, Turnstrabe 31, 75228 Ispringen, Germany) was placed on the left side adjusted to have solely dental effects (Figure 3a) and both arches were cinched tightly.

SUS2 is a fixed functional appliance device with similarities to the Herbst© appliance. It consists of a rod fitted into a guide tube (Figure 3b), inside the guide tube is an adjustable spring for different force levels. The Eye loop (Figure 3b) attached to the distal end of guide tube is designed to fit head gear tube of the maxillary first molar band with a pin bent distally (Figure 3c). The mesial end of the rod is attached to the lower archwire between canine and premolar via an arch adaptor (Figure 3c). Optionally a coil can be inserted in the mesial end for additional activation.(Figure 3a) When the inner spring is activated or the external spring is added, SUS will act as a spring achieving headgear effects (as in our case) but SUS can optionally be used for Herbst© effects (skeletal effect) (Figure 3c) when the inner spring is deactivated with the screw driver. The required length of advancement

is set before fitting the appliance, additional length can be obtained through the use of spacers in the mesial side (Figure 3b).

After 5 months of distalization treatment when there was sufficient space opening, upper left canine and lateral incisor were bonded. Early bonding of these teeth before distalization would have caused arch expansion in the region and upper arch asymmetry. It should be noted that upper archwires are not cinched back to allow upper molar distalization. Lower archwire in contrast should be cinched tightly to inhibit space opening distal to the lower left canine.

After 14 months, proper class I molar

and canine relationship were achieved and the arch asymmetry was corrected. Records taken 6 months after debonding showed solid and stable class I occlusion with no signs of relapse (Figure 4). Cephalometric superimpositions indicating treatment/growth changes are shown in Figure 5. Arch symmetry in transverse dimension was established. The antropostreior position of canines and molars were also symmetric in both sides in upper and lower arches (Figure 6). 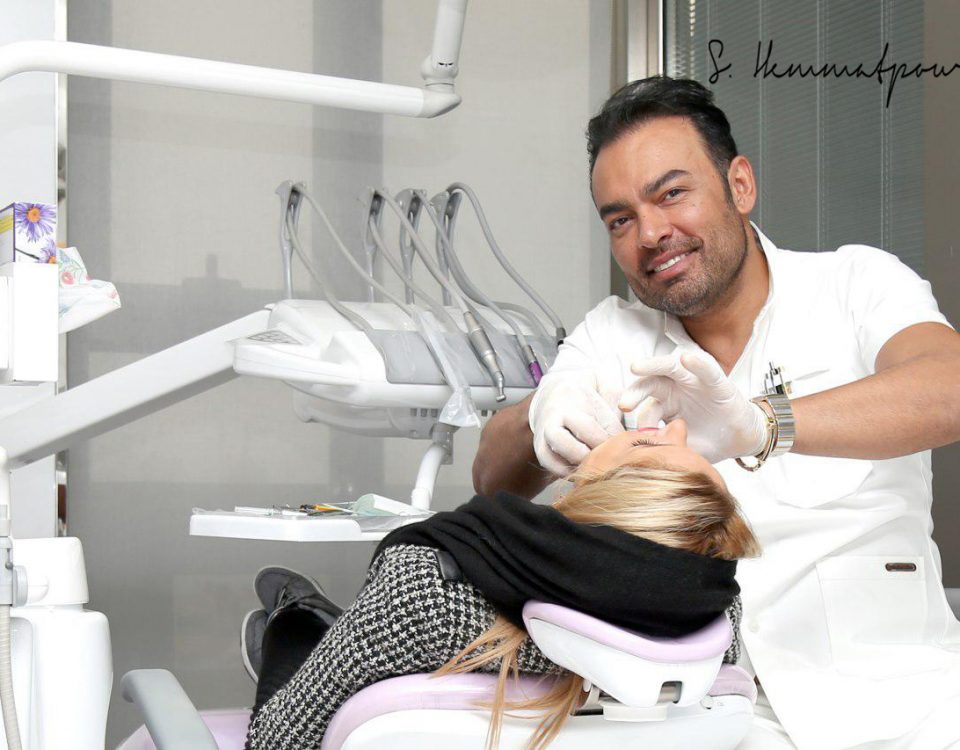 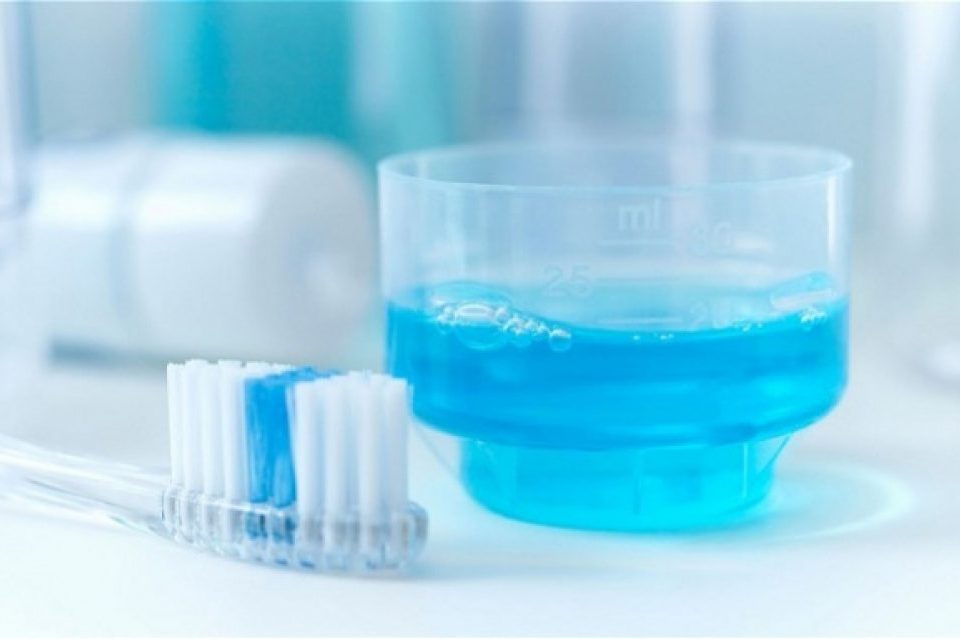 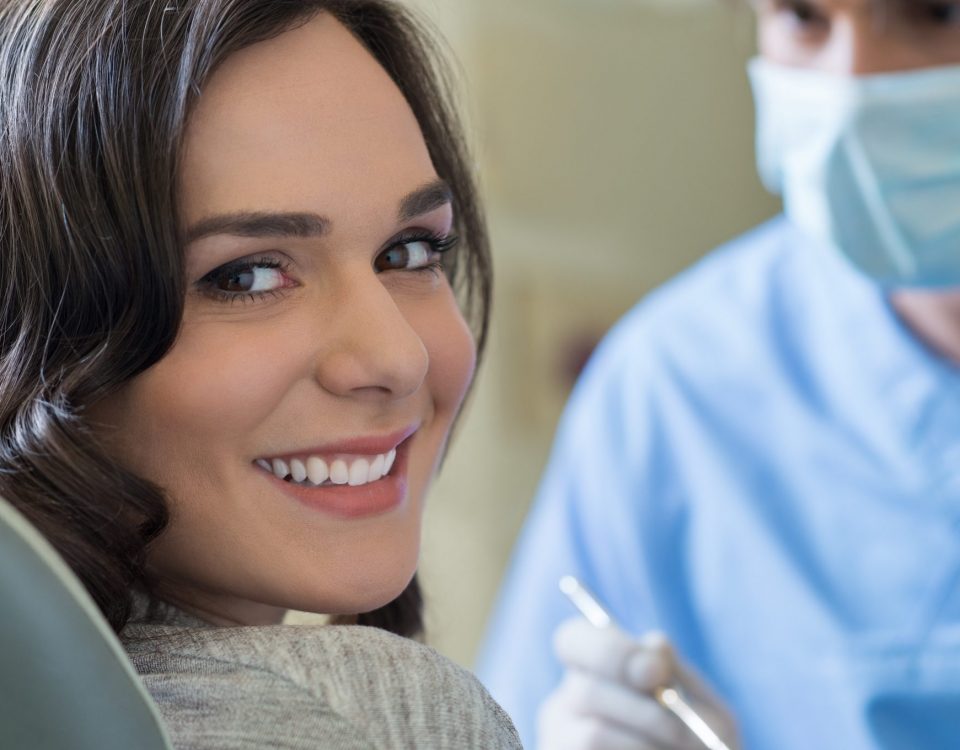 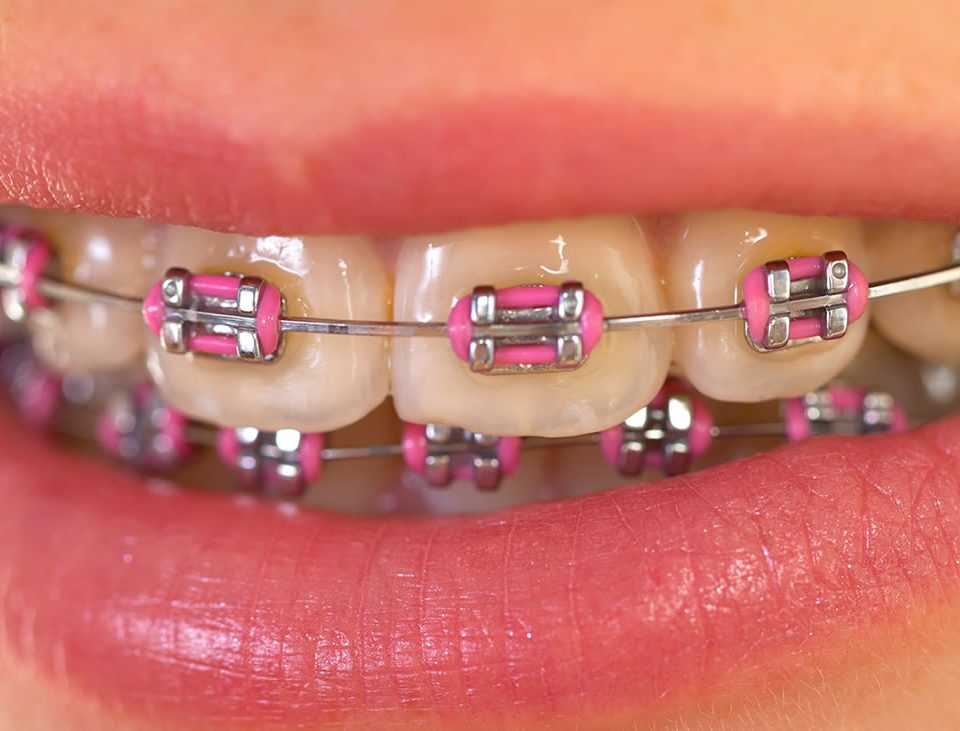